Three ski areas, three personalities, three sets of dedicated, die-hard fans. NZSki is the owner and operator of three distinctively different South Island ski areas; Coronet Peak, Mt Hutt and The Remarkables. Collectively they offer a complete New Zealand snow experience and have a reputation as being among some of New Zealand’s best visitor attractions. Below you will find media kits for all three mountains - Coronet Peak, Mt Hutt and The Remarkables. We operate a media famil program directly with media as well as through our regional tourism organisations and Tourism New Zealand. For all media requests please email us our Communications & Media Relations Manager. 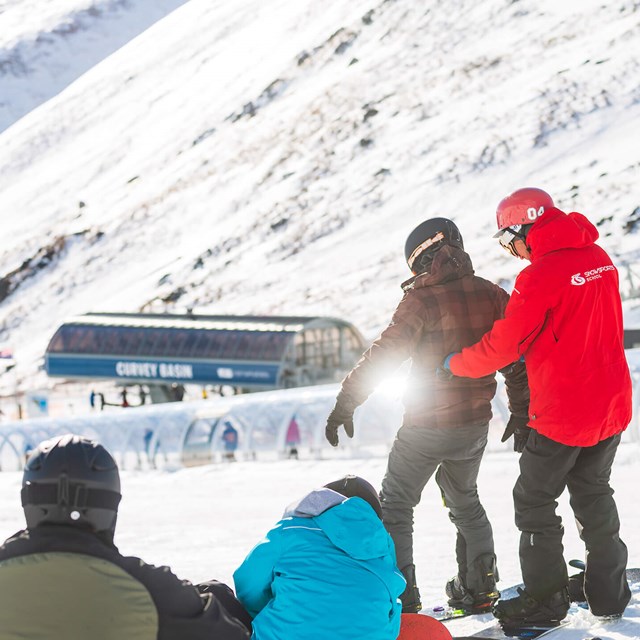 We work with select travel agents and wholesale partners in New Zealand and Australia to sell experiences on our mountains. If you would like more information and to apply for special rates, or for access to our image galleries please contact our Sales Manager.

If you would like to access our imagery or video B-roll galleries for our mountains please just get in touch and let us know what you would like to use them for. You can access our trade & media kits below which contain information about what's new for 2022 and our trail maps.

Our ski travel specialists offer a vital experience for our guests who visit our 3 ski areas in New Zealand. We offer special rates to Australian Travel agents who sell New Zealand ski packages through one of our ski-specialist wholesale partners. We offer these rates so travel agents can experience our products & better understand how to sell them. If you would like more information and to apply for special rates please fill out the form below.

NZSki is locally owned by Trojan Holdings Limited and is part of a wider business with a strong record of sustainable tourism development with operations also encompassing Aoraki / Mt Cook and the Milford and Routeburn tracks.

Development of commercial ski activities started in the Southern Lakes in 1947 with the construction of a tow rope at Coronet Peak so locals could head up and enjoy the new winter activity of skiing.

In the late 1960s it was decided a second ski area in Queenstown was needed to cope with demand and by 1985 The Remarkables Ski Area was opened.  There were various owners before local Queenstown family, the Davies, purchased NZSki from Air New Zealand in 2002.

Coronet Peak and The Remarkables are located in Queenstown, New Zealand’s premier four-season alpine resort destination. Mt Hutt is situated in Methven, 75 minutes from Christchurch and is the leading ski area in the Canterbury region.

The Remarkables is located in the adventure capital of the world, Queenstown, New Zealand. The Remarkables is a welcoming, adventurous ski area boasting three sun-drenched bowls and up to seven terrain parks. Known for being one of the best mountains for progression, the ski area offers a range of terrain to suit everyone. Our trade and media kit contains mountain information, what's new for 2022 and our trail map. Coronet Peak, located in Queenstown, New Zealand, was the country's first commercial ski field, providing good times since 1947. The mountain is Queenstown's urban playground, only 20 minutes from downtown along a sealed road. Guests are treated to freshly groomed trails during First Tracks from 8am daily right through to Night Skiing on Wednesdays, Fridays and some Saturday nights until 9pm. Our trade and media kit contains mountain information, what's new for 2022 and our trail map. 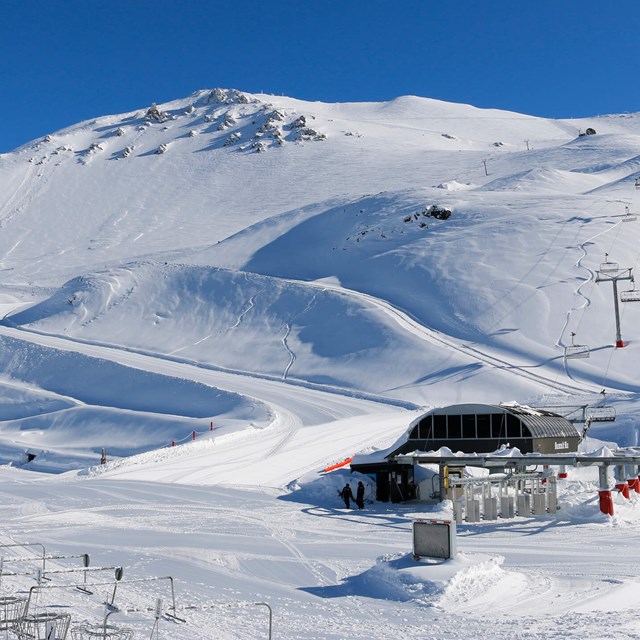 Officially New Zealand's Best Ski Resort for the seventh year in a row,* Mt Hutt is our big friendly mountain with some of the most consistent snowfall in the country delivering a long, white season. As well as genuine Kiwi hospitality guests can enjoy wide groomed slopes, top to bottom terrain parks and some of the best off-piste skiing around. Our trade and media kit contains mountain information, what's new for 2022 and our trail map.

Filming and photography on our mountains

To film, fly drones or shoot imagery for commercial or media purposes at The Remarkables ski area you need to obtain permission from the Ski Area Manager and the Department of Conservation (DoC). You will need provisional permission from our Ski Area Manager before applying for the DoC permit. Please fill out the application form below and send it to our admin team for the mountain you'd like to film on: - admin@coronetpeak.co.nz - admin@theremarkables.co.nz - mhad@mthutt.co.nz